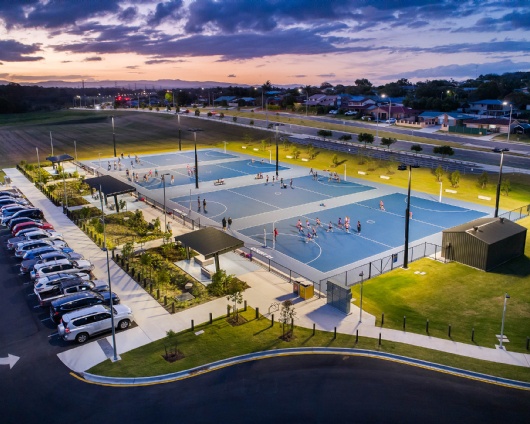 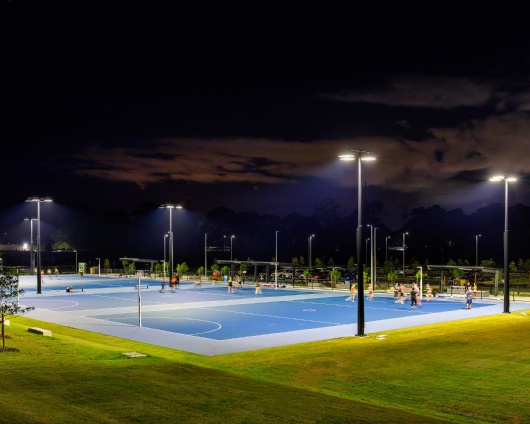 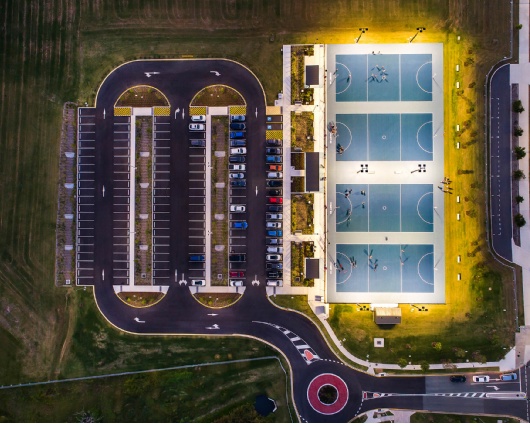 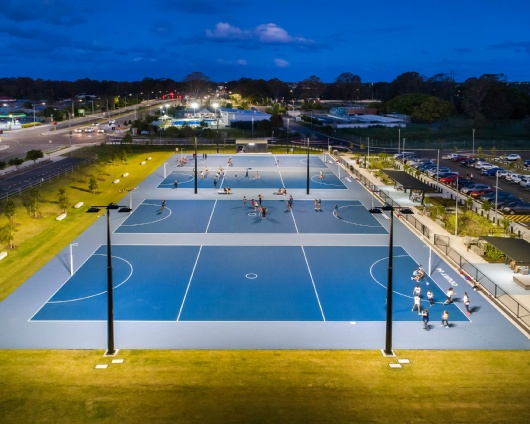 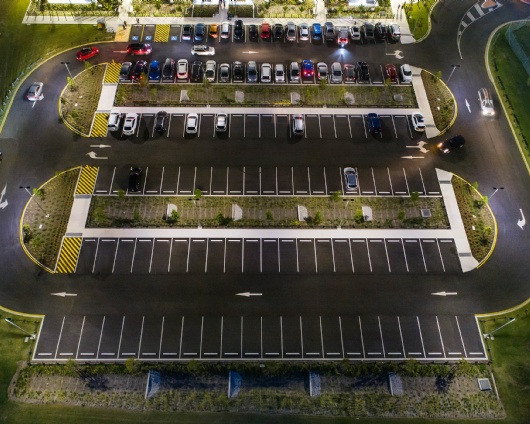 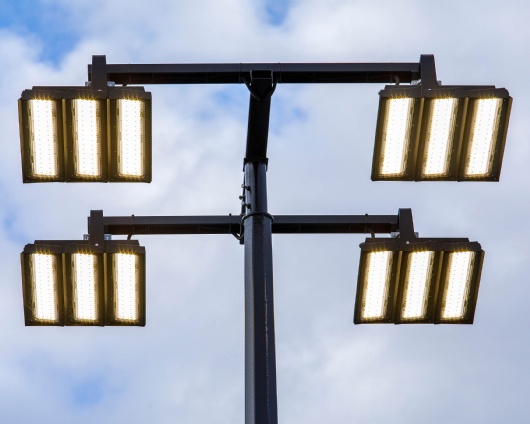 This 3.7-hectare area underwent a major transformation in 2020 bringing new sports and parking facilities to the people of Queensland, now with quality, tailored illumination for maximal usage of this recreational space.

Formerly a landfill site in the 1980s, this community project is now equipped with four ewo-illuminated netball courts and a green recreational open space. The required traffic and parking infrastructure is also fitted with quality-compliant lighting.

The car parks made use of ewo’s ability to combine distributions within each of the 31 F–System XS luminaires used for the project. ewo asymmetric lenses deliver extra forward and side throw, used here in combination with Symmetric wide floodlight lenses to ensure uniform illumination irrespective of the luminaires’ position on site, bringing safety and quality throughout.

The principle lighting engineer for the project:

“The main challenge of the Bill Brown Reserve Sports Park project related to the requirement for lighting multiple netball courts simultaneously due to major spatial limitations, while also complying with competitive standards around lighting glare and uniformity.

The ewo R–System luminaires were able to achieve outstanding results through an even spread of forward throw lighting combined with a sharp uplighting cut-off effect. This is in addition to the LED optical lenses utilised for diffusing & reducing direct gameplay glare, that has provided quality-compliant lighting for a comfortable natural environment lasting well into the night”.

“Our focus of sports illumination is one of our most recent developments, that shows that our development never stands still. Power and precision meets outstanding performance and it’s such a thrill to contribute to this landfill-to-recreational-space initiative, benefitting so many in the local community.”