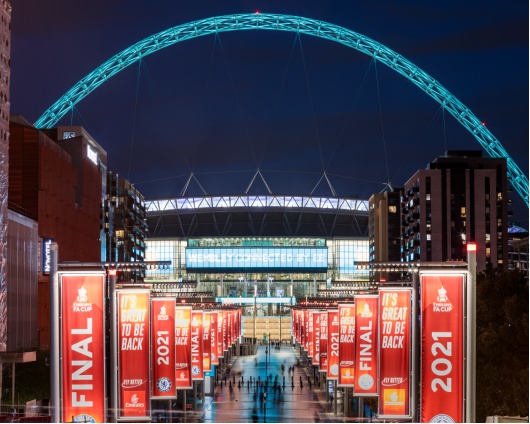 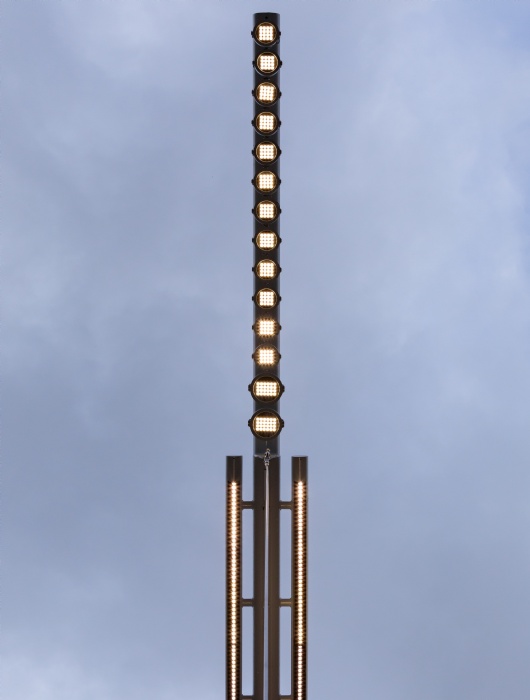 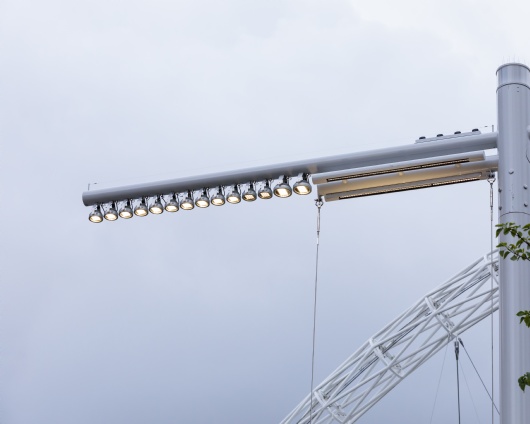 WEMBLEY — LIGHTING THE PATHWAY TO GLORY

Considered by many to be the home of football, Wembley Stadium’s iconic Twin Towers stood tall for 77 years until they stood over their final game in October 2000.

The new stadium, completed in 2007 realised the breath-taking vision of the now-world-famous archway on a fully modernised site, constantly innovating and improving its facilities for the betterment of the venue and residents in the area.

ewo was fortunate enough to be able to supply lighting units for the 600 m Olympic Way path from Wembley Park station; a huge responsibility given its function as one of the main routes to the stadium for nearly 2 million annual visitors, providing the best on-foot views of the venue.

The project had to satisfy two scenarios, one being 90,000 people leaving the stadium at night under the illumination of dramatic safety-compliant lighting. The other, was a local lady walking her dog under a safely illuminated walkway.

There was also a need to echo the drama inside the stadium with projectors and spotlights outside.

ewo was able to offer a combination of street-style optics fitted within architectural projectors, demonstrating the flexibility which the company is extremely proud of, resulting from the legacy of modularity within all of our products.

We supplied P160 and P200 projectors, chosen by the lighting designers for their capacity to echo the drama of the field, utilising their multiple available lens combinations.

A–Series LEDs created an even lighting distribution, utilising street-light-style lenses for the wider illumination within the projectors themselves. All luminaire housings are anodised to stunning finish with modified stainless steel brackets, for wider visual continuity throughout the design.

Hannes Wohlgemuth, ewo CEO said: “We’re very pleased to have been a part of such a special project with so many wider collaborators, for this iconic venue walkway. Our tried-and-tested A–Series lenses have had a huge impact on our ability to deliver required street and effect lighting within architectural projectors, which we hope have done justice to the designers’ ambitious concept.”