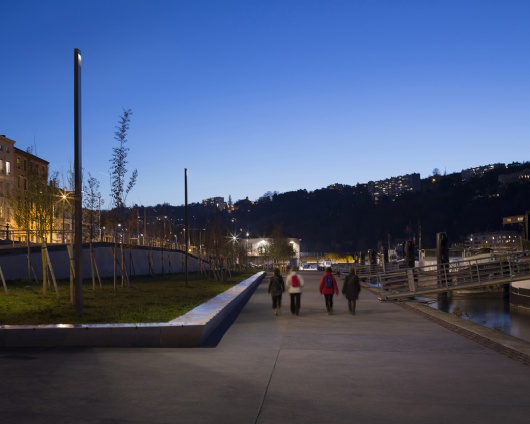 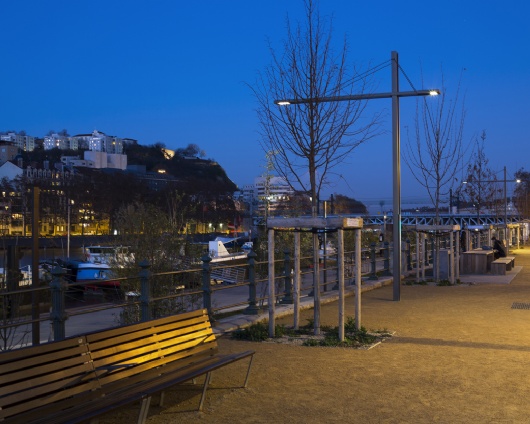 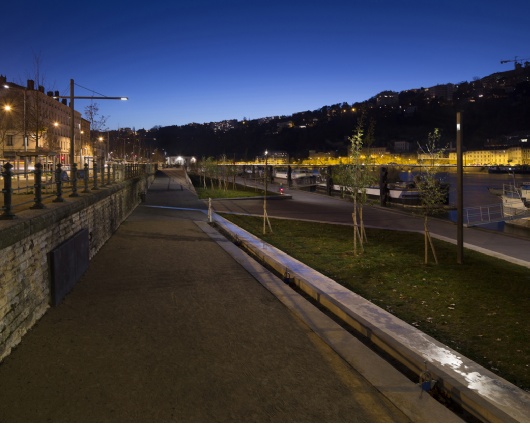 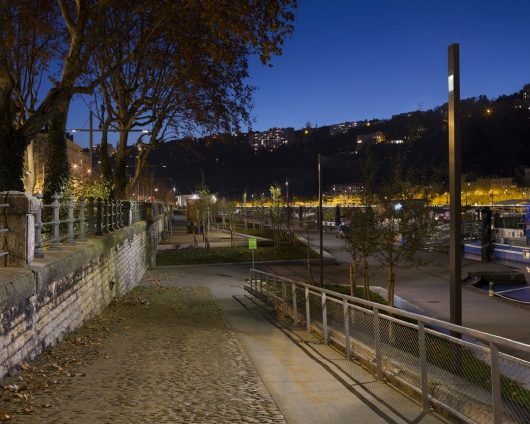 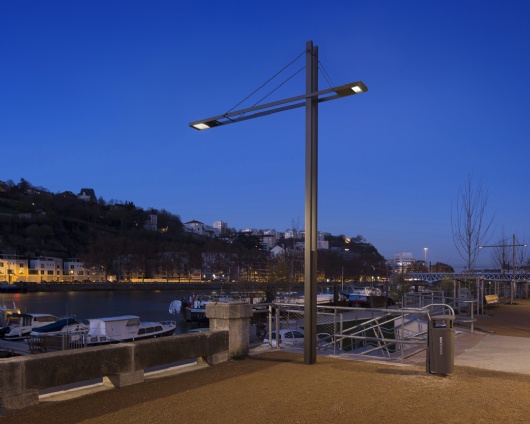 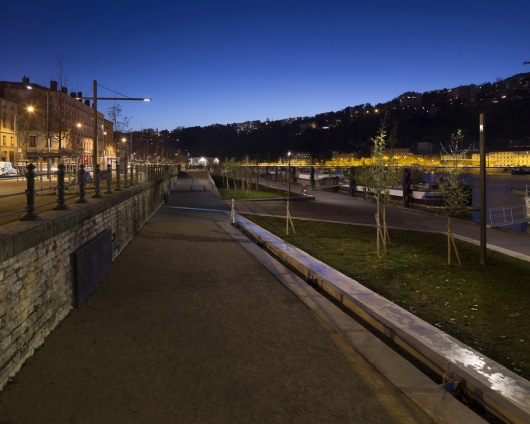 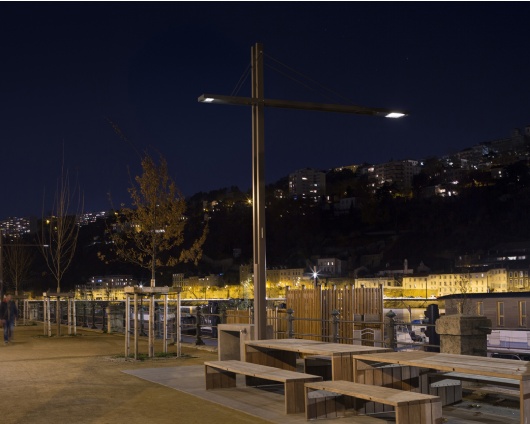 Since 2012, the city of Lyons, France has been restructuring the banks of the Saône River. Around three kilometers (two miles) of new walkways along the river in the heart of the city enhance the area. The associated lighting design by Les Eclairagistes Associés (LEA) follows an integrated approach – at the forefront are the minimizing of light pollution and the comfort of passersby.

ewo was involved in the illumination of the Quai Rambaud, a pedestrian zone right on the river. The steles of the EL series were supplemented here by two pole-mounted lights that were specially developed for the project. “Both of these may be understood as declinations, derivations of the EL stele, they are part of a family,” says Joseph Frey of LEA, the leading lighting designer on the project. In this way, the combination of products creates a sovereign use of forms which excellently fits the spacious arrangement of the public space with the long benches. The poles are special models which are oriented toward the standard of the city of Lyons. The number of light sources that are necessary is reduced with respect to the standard solution, though, among other things by means of the integration of the highly efficient F System.

At the same time, the desired security is produced by providing camera monitoring of the area. The lighting of recreational areas and the quay wall were included in the designs – a sharp demarcation between the light and the water provides darkness at night for the river and for the houseboats that are docked there. The precise, energy-saving light configuration and the quality of the arrangement provide for coherence within the entire illumination plan.