URBAN LOUNGE - PUBLIC SPACE AS AN EXTENSION OF THE HOME

ewoTALKS discuss current trends in the disciplines of design, art, architecture, technology and business, and have done since 2015.

LightTile: Light as you’ve never seen it before.

Thank you to all who stopped by our booth and thank you for the many inspiring conversations during PLDC.

ewo has enjoyed a great start to a busy season of events, with the successful launch of two new floodlights and a unique light measuring tool.

Four of our products are currently being shown in a museum exhibition at Kunst Meran/Merano Arte - this shows our contribution to design and art, as well as our ongoing collaborations with up-and-coming and renowned designers.

ewo will be exhibiting numerous new products and services at internationally renowned lighting and design events around the world in October, 2019.

ewo is a proud lighting partner of the award-winning BUGA Fibre Pavilion, The project, which builds on years of biometric research, is run by the Institute for Conceptual Design and Construction (ICD) and the Institute for Building Structures and Structural Design (ITKE) at the University of Stuttgart.

The entire city of Bruneck in South Tyrol’s Pustertal Valley, has converted to ewo LED lighting technology with a project beginning in 2016 and finishing in the Old Town in 2018.

ewo is proud to sponsor the internationally renowned architectural studio Snøhetta’s 30th anniversary with a double exhibition this summer, which runs until 14 July at Architekturgalerie in Munich.

STUNNING CUSTOM DESIGN: KASSEL, GERMANY
The cultural and historic legacy of Kassel inspired ewo to produce something special. ewo’s customized luminaire design was unlike any the company had produced before, satisfying numerous aesthetic and operational specifications, delivering a theatricality befitting the town’s stature as a cultural landmark.

Press Release: Cortaccia-based lighting company ewo is proud to announce that Hannes Wohlgemuth has taken over the role of company Chief Executive effective from January 2019. Hannes Wohlgemuth has been at ewo since long before he has decided to join the company after his final degree in 2012, as his parents, Flora Emma Kröss and Ernst Wohlgemuth, founded ewo in 1996.

ewo is pleased to announce that iRealm, the company’s concept for the future design of public spaces, won a prestigiousLUX Award at London's Intercontinental O2, within the category of Property Technology: Connected Lighting Concept of the Year.

LIGHTING THE HEART OF LUXEMBOURG

The Luxtram company has a reputation for innovation, connectivity and technological advancement. ewo is proud to have its products represented as part of this wider transport network, connecting the people of Luxembourg.

MAGIC - DESIGNING THE INTERACTIVE PUBLIC SPACES OF THE FUTURE

Reaching out to the design minds of the future is an important part of the ewo lighting company’s ongoing ambitions, and it was absolutely fitting that the Magic project, in collaboration with the Free University of Bozen-Bolzano, produced such a variety of design ideas in the 2018 summer semester.

With a total floor space of around 10,000 square meters (110,000 square feet), the MAC Forum in the Munich Airport Center between Terminals 1 and 2 of the Munich Airport is the largest roofed open space in all of Europe and, in functional terms, it is a jack of all trades. An open, 41 meter (135 foot) high hall, a space between indoors and outdoors, with multifunctional use for numerous large-scale events.
MORE

Like a precious gem, this cultural center with concert halls at the point of an island in the middle of the Seine River southwest of Paris veritably glows, a glass filigree ball on a long, ship-like base. A special project that also turned into something special for ewo.
MORE

MAY 2018 THE EWOPHOTOMETRICENGINE AND THE WORLD OF FLEXIBILITY: A NEW ERA IN LIGHT

Visitors to the light + building tradeshow in Frankfurt in March 2018 had never before seen such a stand. In cooperation with Clemens Weisshaar and Reed Kram, ewo had developed the ewoPhotometricEngine with which flexible, continuously variable possibilities for the use of the modular concept can be explored interactively. Light distributions can be simulated live with this machine with the greatest of ease and with an easily comprehensible interface.
MORE

A wide range of requirements demands a wide range of solutions and we have found a clear answer: LED systems with a consistent focus on flexibility. Discover our passion in thinking about and making light reading our new ewo Magazine. Running to 150 pages, this not only covers the entire product range but also provides a textual and pictorial account of every aspect of our concepts and activities in relation to light.
Download

On 20 and 21 April 2018 at the Innovation & Style Trade Fair at Munich Airport, telecommunications provider Telefónica Germany and technology partner Huawei will present their latest developments on the topics of the Internet of Things & connectivity in addition to presenting landline and mobile phone solutions of the future. Along with Telefónica Germany at this event, ewo and Connexx will present their smart lamp, which communicates via Narrow Band IoT.
MORE

Once again this year, ewo will have an important presence at Light + Building in Frankfurt. The broad spectrum of possibilities that can be realized through the modular system from ewo is immediately and playfully reinforced in an interactive installation that was conceived by Clemens Weisshaar & Reed Kram. Visitors can intuitively navigate through the spectrum here and follow the lighting effect in real time.

The modular system has undergone a leap in innovation through the introduction of the A Series, which is now the third generation of lenses that ewo has developed. At Light + Building 2018, we will for the first time show the broad spectrum of applications of the A Series which, as the new standard, will extend through all of the products and appearance of our offering. It is already being used today in many products – both with the high-performance R System with its up to 512 lens optics and with the if light bollard with its elegant, reduced design.

One unique project in which the potential of light was fully exploited by ewo as the scenographic staging of the landscape is the illumination of the Spieljochbahn mountain lift in the Zillertal valley of Tyrol, Austria, which was realized in 2017.
MORE

La Croisette – that’s the name of the promenade along the Côte d’Azur in Cannes along which the rich and the beautiful stroll in the Mediterranean sun. But La Croisette is also the name of the main square in the town of Les Ménuires in the French Alps.
For the ski area that encompasses a total of three locations, the lighting designers from Lea – Les Éclairagistes Associés drew up a Plan Lumière.
MORE

With an understated and yet effective lighting solution, ewo provides the appropriate brightness for TV productions to the conference hall in the Danish parliament.

The artist duo beierle.goerlich has taken the product photos for the new ewo lighting family if.
MORE

Marcus Fairs (Dezeen) & Clemens Weisshaar (Kram/Weisshaar) at Vienna Design Week on the future of design and how advances in digital technology will alter the sector and society at large.
MORE 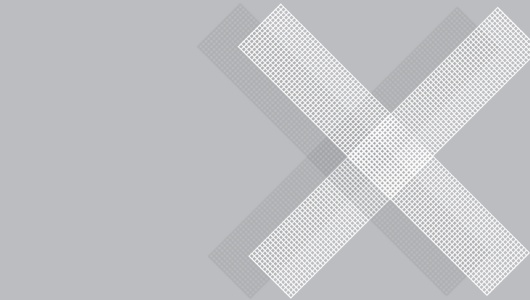 In partnership with the Museion Museum of Contemporary Art in Bolzano, ewo has invited the young Belgian artist Brecht Heytens to the ewoLAB this year.
MORE