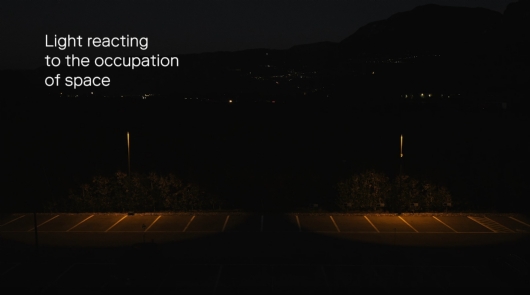 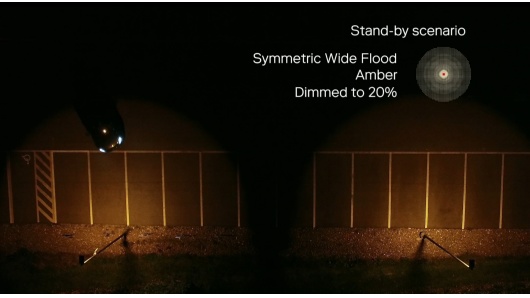 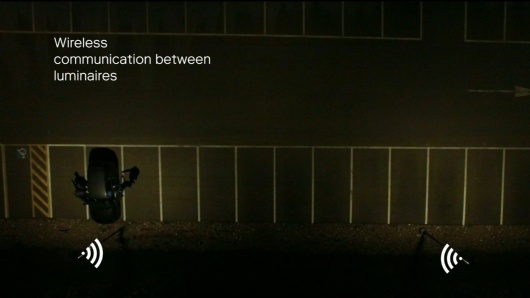 For ewo, Dynamic Lighting is not a technological end in itself. Smart lighting always has further purpose, be it safety, wellbeing or a special lighting experience.

Beyond standard scenarios, we take Dynamic Lighting to the next level. Combining light distributions in the same luminaire allows it to react according to its surroundings. Movement is translated into light. Light accompanies movement. In this sense, it not only reacts to people in its vicinity, but also enhances their sense of wellbeing.

To enable the different light distributions to react intelligently, they are equipped with PIR sensors, for example, which detect movement and transmit the signal to the luminaire and, as demonstrated in the video, also communicate wirelessly to the next most close luminaire.

The result? A safe and pleasant parking area.