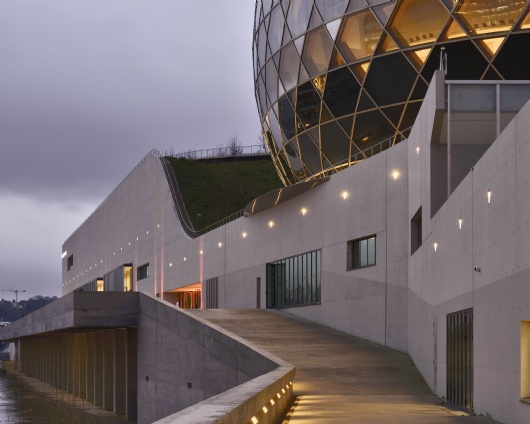 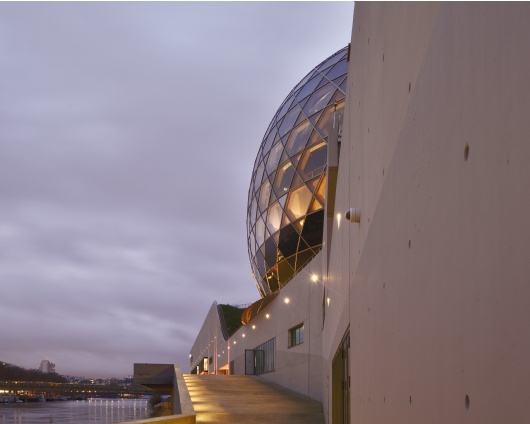 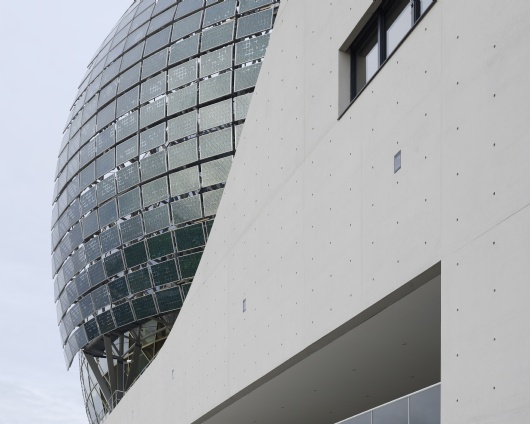 Like a precious gem, this cultural center with concert halls at the point of an island in the middle of the Seine River southwest of Paris veritably glows, a glass filigree ball on a long, ship-like base. A special project that also turned into something special for ewo. The building, which opened in 2017, was designed by the Japanese Pritzker Prize winner Shigeru Ban, who had already placed higher and higher demands upon the simplicity and aesthetics of construction. For the illumination of the exterior space, the client and the architect therefore also had very concrete desires: the housing of the spotlights was to remain invisible by daylight to the greatest degree possible, and at night, the light was to unleash its disembodied magic. A complex challenge which at ewo immediately unleashed the inventive spirit. Completely in keeping with the tried and true lines of ewoIndividual, the designers and engineers developed a totally new solution: a product that was not yet found on the market was transformed and modified in such a way that it precisely fulfilled the client’s wishes. The luminaire was built in at a correspondingly high position in order to illuminate the entire area. An additional challenge: making the housing disappear in the construction did not allow any cantilever arms, which required early design that was precise down to the millimeter, since upon installation, no additional adjustments were possible.